He wrote it on the train, the words tumbling out of him so fast that it felt like they were tearing at him in their haste. He wrote it several times, different versions, but not very different, and the tune evolved in his mind as he did, until the two fitted together and felt as right as they could be. By that time, they were pulling into the terminus, people around standing up, putting on coats and pulling down bags and jostling politely in the exit queue. He sat apart, staring at the scribbles and crossings-out, and feeling a numbness, as if the writing had been a catharsis of sorts.

In the morning there are storm clouds gathering
A tired and grey sort of dawn light breaking
I’m packing my bags
And leaving without saying goodbye
Sometimes the weather says it all.

He had some names, people he knew in the city. On-line friends. Some he had met once or twice. He managed to track them down, made a few phone calls. Some were less helpful than he had hoped, others more than he could have expected. Some offered vague sympathy, others invited him round, made calls of their own, chased up contacts in the business.

He spent that first night on a broken down sofa, in a flat that stank of old beer and cigarette ash. His host was a man in his forties, with his soul in the sixties: he wore a tie-dyed t-shirt and littered his conversation with ‘far out!’ and ‘groovy, man! But he played the guitar, was in a band of a sort, and was enthusiastic. They stayed up till two in the morning, tinkering with the tune, trying out chords. The desperate energy that had driven his writing seemed to have transmitted itself, reproduced itself in another person, albeit in a different form. When he finally crashed, his sleep was disturbed with vague dreams of being a disease carrier, ground zero for a virus of creativity that would infect the whole world with his song.

Once, I remember there was sunshine
And a light that seemed to flow from out of you
A brightness that I thought would last for all time
A sky that would evermore be blue.

He’d half expected that, on waking up, the enthusiasm of his new friend and colleague would have waned, along with the level of alcohol in his bloodstream. But he had underestimated the man. At half-past eight he was on the phone to other members of his band, setting up a jam session. True, he did it with the phone in one hand and a can of lager in the other, but it was clear he meant to follow through.

They took the bus across town to meet with the band, a dizzying succession of cars and people, light and noise, endless monoliths of brick and concrete. He shut himself away from the sensory overloaded, focused on the words, the song.

They met in the back room of a pub, the landlords himself being the drummer. He kept dropping in and out, adding a beat here and there before rushing off to deal with customers or deliveries. Other members came in through the day. A bass guitarist, who it seemed knew about the business and talked about getting a demo cut. An accountant, straight from work and still in his suit, but he’d picked up his keyboard on his way over, and brought his daughter along to do backing vocals. The landlord got some staff in and settled down with his drums to do some serious work, and as the day strayed into evening they ate bar snacks and nailed it down tight.

But now I’m standing in the dim light
Of another cold and miserable day
Seems like it’s the perfect sort of weather
The perfect time to finally go away.

He stayed in the pub that night, same back room. The bass guitarist came by the next morning in a rusting Transit, picked up him and the landlord and the drums to take round to the garage studio. The band was all there. He asked the accountant how he’d got off work, and learned that it was Saturday. He hadn’t even thought of the day since he’d arrived. Time seem to blur and stretch for him. Under the influence of excitement and cheap booze, under the pressure of bad food and not enough sleep, with the constant rush of faces and names and places, none of them familiar, he felt adrift, cut off from the world, flitting between scenes that had no clear connections between them. He felt like a character in a badly cut film.

The guitarist, his first real friend in the city, had other commitments. “Got to split. Let me know how it goes, man. It’s going to be mega, I’m telling you.” That night he slept in the garage studio. His second night in the city – no, his third.

Only the song remained constant. Only the words were clear.

The demo wasn’t bad, but it needed some work, said the studio guy. “Some post production, know what I mean?” But he had a mate who could handle that. He had the software to tweak it a bit. They went over the vocals again. He didn’t have a great voice, but it was his song, and the studio guy told him that it fitted the mood perfectly. And in any case, the software would smooth out the ragged bits.

Another call, another contact. Someone on a local radio station. “Sure, always looking for new talent, the up and coming. E-mail the file over.”

But they had a strategy meeting in a fast food place, and the consensus was that on-line was the way to go. Get it out on the net. FB it, tweet it, put it on Yoo-tube.

Of course, someone knew someone who was a “wizard of digital imagery” and who would put together something that would go with the words. He was no longer surprised. The virus was spreading, using all means and all talents to extend itself. The words on the train, the words which he’d though were his, had merely been the first symptoms.

But now I standing by the window
Watching the sodden fields roll by
I know that it was the right time to go
Now I know that you’re no longer there.

He met the Wizard next day, half expecting an old man in a long robe, but instead it was a teenager who wanted to do a degree in something both technical and artistic. He was living with his mum, she was in Social Services, and set about finding him a proper place to stay, getting him signed on and arranging an emergency payment. It was only then that he realised the side-effects of the virus. He hadn't eaten a proper meal in a week, hadn't had a shower since he arrived in the city, hadn't slept a full night in ... he had no idea how long that had been.

The infection had driven him mercilessly, forcing the words out of him, pushing him to share them and so replicate itself.

That night he showered and shaved and lay down in a proper bed with a full meal inside him. He slept fourteen hours straight through. When he woke up he thought of his ridiculous notion of a creativity virus and laughed.

It was grief and exhaustion and stress, that was all. And a few good people, talented people, sympathetic people who had humoured him and gone along with him. Trying to help.

He took his time that day. He went for a walk in bright warm sunshine, and reflected that perhaps the weather did say it all. But the weather was always changing, and so was life, and now the grief-storm had passed he could move on. Still sad, still sorrowing, but no longer driven.

Yesterday I held your hand forever
Feeling it grow slowly cold in mine
I could not cry
And now the rain is really pouring down
Sometimes the weather says it all.

He’d left his phone behind. When he got back after a late brunch, the memory was full of missed calls and voicemails and texts. All saying approximately the same thing.

The song had gone on-line while he was sleeping, and the local radio station had played it.

There were a thousand hits in the first hour. Ten thousand in the next hour. Then it was hundreds of thousands, then millions. The band was being signed up by a big label. The Wizard was setting up his own business. Famous artists were trying to contact him, wanting to do covers. It was reaching the mainstream news.

A phenomenon, they were calling it. Reviewers said that it had tapped into the spirit of the times, had spoken for a generation, had expressed what everyone felt and wanted to say about life and love and pain and weather.

It had gone viral, they said. They all said that.

He looked out of the window, staring into clear blue sky over the unfamiliar city.

Sometimes the weather says it all. 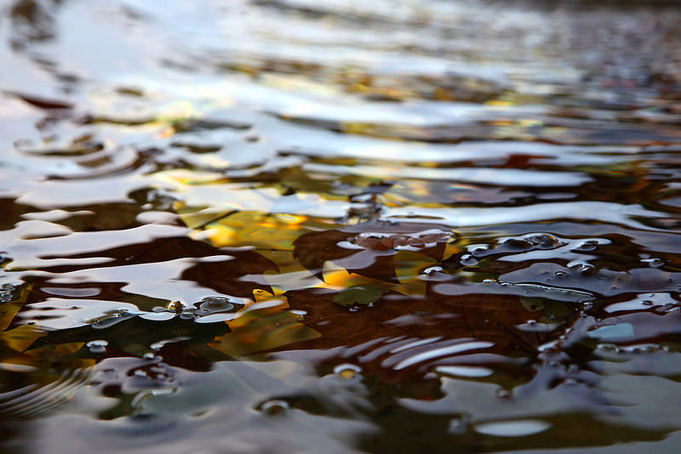