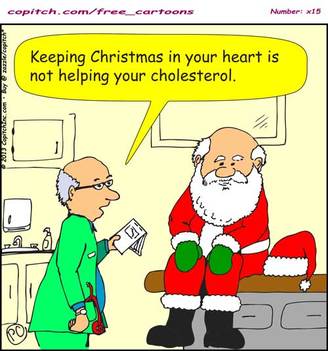 This year, the Trembling's made medical history, by all contracting rare and previously unknown diseases! Whilst Doctors scratched their heads, the Trembling Clan showed just how sick they could be...

Andrew Fever.
Andy has been studying feverishly this year – sweating over his revision, getting all hot and bothered about exams! But the good news is that all the toil, tears and perspiration has produced good results – he's achieved some excellent grades so far. And all this while he's also been doing piano and sax. The side effect has been some strange noises coming out of his room. Was he in pain, or was that just a bum note? The good thing about tenor sax is that even the bum notes sound cool, and when he gets it together it's great!

He hasn't let all this keep him from his sport, and he's done pretty well in that too! But he needs to get a good rest over Christmas – next year could be even tougher!

Mattitus
We were really worried about Matt. He suddenly went very quite. All the noises coming out of his room had stopped. So had requests for lifts/ money / food, so had the piles of laundry, and all the other evidence of Matt-like activity. Had he come down with sleeping sickness? Was he suddenly struck dumb?

None of the above. Turns out that he'd simply gone off to University and is now studying at the Birmingham Conservatoire of Music, where he is Composing. Or de-composing, I'm never good with these musical terms. He's well settled in now and enjoying the course.

It has left the house alarmingly quiet. But we do hear from him now and then – mostly when there's an emergency ('Help! My laptop died!”) - or when he comes home with a few bags of laundry.

Tomlongone
Tom moved out a year ago, but his presence still remains. Mostly in piles of his junk left left in his room or filling up the garage! However, after a long search, he and Charlotte have finally been able to get a house and they should be moving in after Christmas. They better had do, we want the space back! Even more importantly, once they've got themselves settled in we'll be able go and stop with them. After all, we looked after him all those years – must be time for payback!

Annie Diaconal Syndrome
Annie has been showing all the symptoms of being a Deacon for some time – desk disappearing under a pile of paper, more things to do in the day than there's time for, etc. Some of the things she was hoping to do last year – the painting, the cello playing – just couldn't be fitted in.

But what's remarkable is how much she has achieved in spite of everything. Through 'Breakfast Church', 'Messy Church' and other projects she has been fulfilling her vision of reaching out to the community. And she was also able to go back to Rwanda to see how some of the women's work that she has been involved with there is progressing.

With all this activity she really needs her holidays, and this year we went back to Cornwall. A little wetter than our previous visit, but it was still a great time. Too short though, and she was soon back into the thick of it. Being a Deacon isn't something you can recover from!

Poor Paul's Problems.
The big thing for Dad has been his dicky ticker, or as the doctors prefer to call it, 'three vessel coronary disease'. This started at the beginning of the year and led to him having to have a lot of time off work and three stents fitted. Recovery from that hasn't been as smooth as we would have hoped – there's been definite improvement, but a few symptoms are still lingering.

The plus side of all that time off is that he's managed to do a lot of writing, and finished another crime novel. What's more, it's currently being looked at by a publisher, which is a first! It might be months yet before any decision is made, but the initial response has been very encouraging. And if nothing else, their suggestions have made it into a much better story. One way or another, it should be published sometime next year.

Old Dog
Blaze is really showing his doggy years now. He doesn't run like he used to – where we used to be dragged along by him on walks, now we're more likely to be dragging him. He's reached the age where he'd rather take time to stop and sniff at life rather than race through it. But apart from that he seems healthy enough - and perhaps he's a good example to us all. Perhaps we should all take a bit more time over life, and stop to enjoy the smell of it? Though I wouldn't advise smelling the same things that Blaze smells. In fact, I wouldn't advise smelling Blaze, either...
​
Chickens
We've still got the same bunch. They're the most long-lived flock we've yet had – and the least productive: we're lucky if we get any eggs at all out of them now! But they're still eating just as much. Four feathered freeloaders. They might just come down with a terminal case of Fox this year.


Hopefully, this will find you all at least as healthy as us and maybe better! Have a wonderful Christmas celebration, and all the best for 2016! 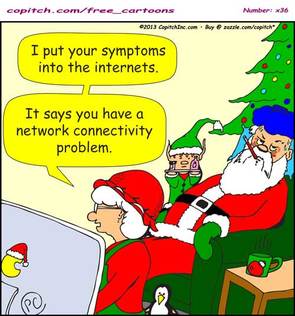