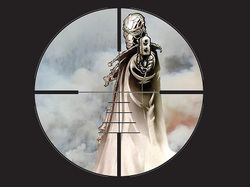 There are a lot of Superhero’s nowadays –
at least at the cinema!  Superman’s been around
for a while, but Batman keeps turning up as well, not to mention ‘The Fantastic Four’, and ‘The Avengers’ (Ironman, Thor, The Incredible Hulk, etc.).

All just fiction, of course.  But I want to introduce to a seemingly ordinary family with some pretty remarkable abilities…

First of all, there’s Annie – a.k.a  ‘Wonder Woman’. Her special powers include the ability to be in several places at once!  Well, mentally, at least – so that even while she’s cooking Sunday lunch or cleaning out the chicken coop, she’s planning the next ‘Messy Church’ or thinking through her next college assignment!  Oh, yes – quite apart from being a Deacon, a wife, a mother, a dog walker and a chicken tender, she’s also taken on a college course.  It’s a good thing she does have super powers.  No ordinary women could possibly do all this!

Then there’s Tom – ‘The Wizard of Digital Magic’, who can do amazing things with computers.  He creates illusions, he alters perceptions, and he blows your mind!  Having just finished three years at university enhancing his powers, he’s now looking for someone who will pay him to do it.

Matt is Dr Chronos, who can manipulate time!  Using this remarkable talent, he stays up half the night watching telly, and yet can still get enough sleep to be ready for school the next day.  Or so he claims… well, he’s doing quite well there, so perhaps it’s true.  Additionally, he’s been developing his skills in music and drama, and he’s getting really good.  Who knows where that might take him – in time?

Andy has yet to manifest his full range of super powers, but he’s well on the way to becoming ‘Mr. Stretch’!  He’s already taller than his Dad – Ok, that’s not a huge target, but considering that he’s only twelve, the potential is enormous!  Eventually, we expect to see him stepping over tall buildings, or at least reaching for things on the top shelf!  In the meantime, he’s also doing well at school and with his piano playing.  And he’s still cute, if no longer as Super Cute as he used to be!

Blaze is Super Dog.  We think he’s mastered the art of teleportation: he can generate his own wormhole, by which means he can disappear from the place where we think he is and turn up somewhere else entirely.  Especially if there’s something to eat there!  He does it a lot when we’re walking him as well.  We worry a bit that sometime we might lose him altogether, so he may have to go to the vet to be de-wormholed.

The Fantastic Four Chickens – Goldy, Gabby, Broody and Blacktail – have this amazing gift for turning all sorts of stuff that they peck up from the lawn into very tasty fresh eggs.  Probably the most useful superpower of all!  Too bad about all the by-product.

Oh, and then there’s me.  I have several names – Dad, Old Grumpy, etc. – but I call myself ‘SuperDad, and my talent is the manipulation of reality!  Using this skill, I have this year created an entire race of dragons!  You can read about them by looking for the Dragon Slayer stories on Amazon!  OK, so all this reality bending is only in my head, or in words – but that’s where I prefer to be anyway!

So this is the Trembling Family, 2012.  Each one with their own remarkable and unique combination of gifts and talents – which actually makes us a pretty normal family!

(Well, normal, anyhow.  Some of us are pretty!) 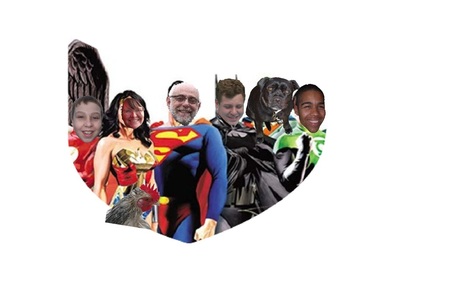