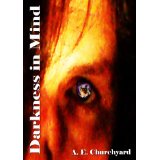 My top reads of 2012 – organised in categories, with my Amazon and/or Shelfari review attached.  It’s a longer shortlist than I’d planned – I was trying to keep it down to five, but there were too many books that I couldn’t leave out.  Two too many, actually!

(To go to the Amazon.co.uk site for each book, click on the cover.  You can read a sample of the book from the Amazon site).

‘Darkness in Mind’ by A.E. Churchyard.

​Mention horror, and I would probably have thought ancient houses, creaky floorboards and unquiet spirits. Until, that is, I came across this collection of horror-themed short stories.

Churchyard does an excellent job of demonstrating that horror can cover a very wide range. There's techno-horror, comedy horror, food horror, romantic horror - and more besides. There's even a story involving a tragic death and a restless spirit that isn't at all horrible, just to turn the genre on its head! And, yes, there are a few ancient houses, some creaky floorboards, and a fair bit of gore splashed around here and there!

All the stories, however, display a vivid imagination and a smooth flow of words that will draw you in to your doom... you have been warned! 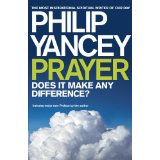 ‘Prayer:  does it make any difference’  by Philip Yancey.

Yancey has been one of my favourite Christian writers for a long time.  He tackles some very difficult subjects with honesty and manages to be profound without being obscure.  This book on prayer is possibly the best I've yet read from him, and reading it has benefited both my practice of prayer and my understanding of it.
​

"Drowning isn't pretty, even in paradise."  That, I thought, was a terrific opening line for a crime novel!  And it set the scene perfectly for what was to follow.  The exotic beauty of Hawaii is brought alive, not just through vivid description but through well judged use of local words and dialect, and it provides a dramatic contrast to the ugliness of rape and murder.

The main character is Lei Texeira, the young policewomen who first finds the bodies.  Her commitment to catching the killer is more than professional - she is driven by the darkness in her own past.  Cops with serious personal problems are nothing new, of course - it's almost a requirement of the genre! - but with Texeira, her history isn't just there to provide some depth to her character, its an integral part of the plot.  The mystery surrounding her past is unravelled in step with the murder investigation.  The way in which these two plots are integrated was one of things I particularly liked about this story.

Toby Neal's writing is excellent throughout.  The words flow smoothly, without any awkward phrasing to take attention from the absorbing plot.  I was hooked from that first line, and story never let me go.  It left me with just one disappointment - that I can't get to see Hawaii for myself!
​

First the downside:  to be honest, I found the start a bit slow. But then, this isn't an all-action thriller. 'Glastonbury' covers a vast swathe of history, and the pace is appropriate - steady and well measured.  There is a big story to tell here, and the writer tells it with depth.

Indeed, it is that depth, that thorough attention to detail which I came to appreciate as one of the strengths of this book.  It's clear that a lot of research has been done.  The writer not only has a firm grasp of the broad sweep of history, but also knows a lot about the small details of life - from what Romans ate for breakfast, to the latest interior decoration in the time of Henry the Eighth.  However, she doesn't overwhelm the reader with too much minutiae.  Instead, this information is woven smoothly into the narrative, adding authenticity without detracting from the story.

And what a story it is!  From the very first coming of Christianity to Britain, through the ebb and flow of peoples, the coming and going of the Legions, the Dark Ages, the building of churches and monasteries...  Kings and Bishops, knights and farmers, monks and merchants come and go, each adding their part.

Many elements are blended together here.  Mysteries, romances and battles all have a part.  But above all, this is a story of faith, of how individual lives have been touched by the Christian message, and how they in turn have touched their world.

So, even if it seems to start slowly, this is well worth staying with.  'Glastonbury' is a marvellously skilful weaving together of history and legend and scripture and imagination - vast in its scope, fascinating in its detail, thought provoking in its implications.  I was fortunate to get this on a free offer, but it would have been well worth paying the full price!
​

This short collection brings together three stories that are very different in theme, but united by the idea of taking 'a different track'.  And by their excellence!

In the first, story. 'The Yacht Trip', a lost notebook saves a life.  In 'Enemy Lines', a chance encounter links two people who would not normally have anything in common.  And in the final story, 'Another Man's Shoes', a man down on his luck takes someone else's clothes - and finds that he has taken a lot more besides.

I can't say too much more about these stories without running the risk of spoiling them for other readers.  But I will add that they are all very well written, with vivid descriptions, well developed characters and a smooth, well-paced flow of words.  Worth reading for pleasure, but also giving some food for thought.
​

I was impressed with this book throughout.  The intriguing scenario first caught my attention, the smooth flow of words kept it.

It's a story in two parts - the first being the main characters experience of meeting with Earnest Hemingway whilst in a coma, the second being the effect on his life as a result of it.  This could have made it seem disjointed, but the quality of the writing and the depth of characterisation were more than sufficient to overcome that.  Along the way, there were some fascinating insights into the life of Earnest Hemingway, some thoughtful speculation on the possible nature of the afterlife, and a very accurate picture of just how difficult it can be to get a book published!

And the Overall Winner is:

‘The Circling Song’ by Russell Cruse.

The basic premise of 'The Circling Song' is deceptively simple.  A man suffers a head injury and develops unusual abilities as a result.  But the lengths to which this is taken, and the manner in which it gets there, make this novella one of the finest pieces of writing I've come across.

The structure is unusual.  Rather than a straightforward narrative, the story is told through a series of letters, extracts from journals, official reports, and so on.  The technique has been used before, though its not common, but I was impressed by how well these disparate elements have been woven together to form a narrative which is not only coherent but which has a smooth flow, a pace and tension that swiftly drew me in and got me absorbed in the story.

Set in the First World War, the style of the writing is authentic, and each character has their own distinct voice.  The appalling conditions of life in the trenches is portrayed convincingly through the words of the various protagonists.

Through it all, the mystery of what has happened to Private Henry Lawrence slowly unfolds.  As he and those working with him come to understand the extent of his new abilities, our eyes are opened to the possibility of entire levels of reality beyond our normal perception.  Yet in spite of the immense potential that these abilities give him, Lawrence is still very much a person of his time, caught up in the horror and waste of the war.  The irony is that the very conflict that gave him his new talent (through a bullet wound) also dictates how he must use it, and where it will take him.  Is that, I wonder, part of 'The Circling Song' referred to in the title?

I wouldn't want to risk spoiling this for other readers, so I will just say that this is one of the best things I've read in a long time.  Brilliantly conceived, wonderfully well crafted, beautifully worded and with deep and intriguing implications.  Highly recommended!