From the top of the hill, she could see the whole of the valley.  A fine veil of green covered it as spring burst into summer.  She could just manage to see the third row of houses from the church and there (the third house along) her mother would be waiting.

She would not miss London with its huge crowds and oven-like Tube.  She looked towards St. Stephens and thought of Des, Rosemary and Phil.  Were they still around?  Did they still sing in the choir?  She was filled with longing for a new beginning.

Suddenly her attention was caught by something half-hidden in the grass.  The something sparkled, reflecting bright sunlight……

Reaching down, she picked up the object.  A simple, plain band of gold.  Someone’s wedding ring.  A mans, by the thickness of it.

People from the village often liked to walk up here.  She had herself.  The four of them had walked here together – her and Des and Rose and Phil – so many times.  Easy enough for a loose ring – a new one, perhaps – to slip from a finger.

She would take it with her.  Mother would know if anyone had lost a ring.  Mother knew everything about everyone.  As everyone knew about everyone else in the village.  That was why she’d left in the first place, stifled by the lack of privacy.

Funny how she’d come to see it now as intimacy.  And to miss it.  Such a stark contrast to the impersonal soullessness of London, where no one knew you, and no one cared.

Here, they would care.

She should never have left.  Or, having left, should not have lost touch so completely.

Lifting the ring up to her eyes, she saw writing round the inner rim.  Names?  A clue perhaps?

She tilted it into the sunlight, adjusted her glasses slightly, and squinted to make out the tiny letters.

‘Des and Rose’.  Connected by a heart.

‘Des and Rose’ the ring said, with finality.

She’d said goodbye to Des.  To them all.  But she’d come back!  She said she might.  It was only ever an experiment, this going away.  To see what it would be like.  The experiment had come to an end, and now she was back.

‘Des and Rose’ the ring told her.

And what of Phil?  Had he gone away as well?

The ring lay in her hand.  Lost by chance, found by accident, telling her all she needed to know about home.

She posted the ring back, anonymously, from London. 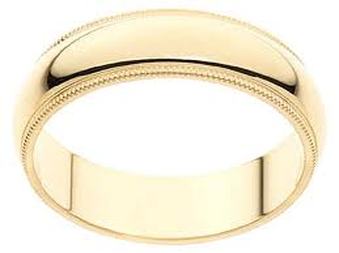